Driving a Little Safer Every Day

How Safe is Your Car?

Driving a Little Safer Every Day 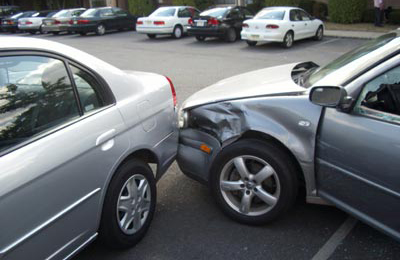 The National Highway Traffic Administration (NHTSA) reported that the estimated number of traffic fatalities in the United States for 2009 was 33,963. Believe it or not, that number happens to be LOWEST number of traffic fatalities since 1954 and a drop of 8.9% from the 37,261 people who died in 2008. While the average person may have been driving less than they have historically due to the global recession in 2009, it still demonstrates that the cars and trucks that drive on our roads are getting safer every day. That 2009 number represents 1.16 traffic fatalities for every 100,000,000 miles traveled according to NHSTA.

The Oakwood Group worked with nearly all the major North American automotive OEMs to supply head impact (FMVSS201u) and side impact (FMVSS214) countermeasures for over a third of the vehicles produced in the United States in 2009. At the same time, as the government regulations and test procedures continue to evolve in an effort to improve vehicle safety, The Oakwood Group is extremely busy engineering the next generation of head impact, side impact, and pedestrian impact protection for over half of the vehicles that will be produced in North America by the end of 2012.

Who knows how many people have been saved by the improvements made in the vehicle structure, air bag, air curtain, restraint, electronics, and energy absorbing countermeasures like SafetyPlastic®. Given that the average age of a vehicle on our roads right now was probably built just after the millennium, we expect that the improvements that the OEMs and suppliers are implementing right now pretty much guarantee that we’ll be driving a little safer every day well into the future.

You can find out more about which cookies we are using or switch them off in settings.

This website uses cookies so that we can provide you with the best user experience possible. Cookie information is stored in your browser and performs functions such as recognising you when you return to our website and helping our team to understand which sections of the website you find most interesting and useful.

Strictly Necessary Cookie should be enabled at all times so that we can save your preferences for cookie settings.

If you disable this cookie, we will not be able to save your preferences. This means that every time you visit this website you will need to enable or disable cookies again.